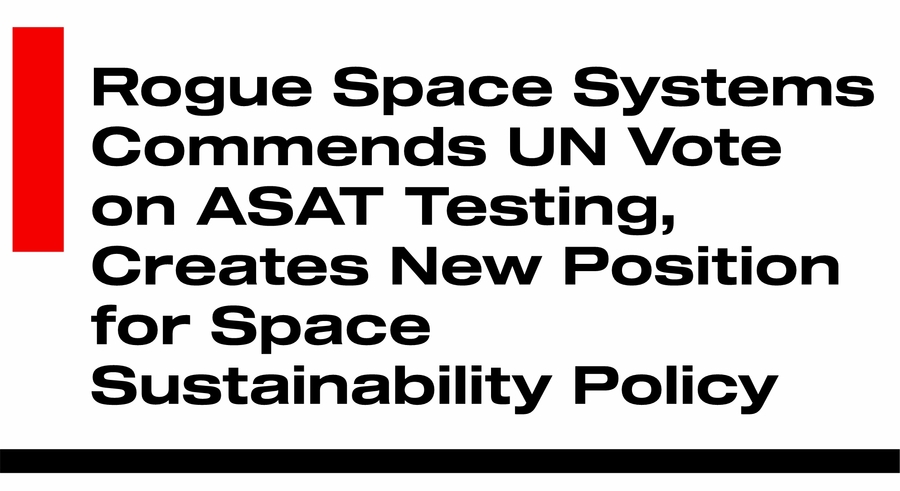 Rogue Space Systems Corporation (“Rogue”) announces its support for the United Nations General Assembly in its overwhelming adoption of Resolution 77/41 on 7 December 2022.

LACONIA, NH, January 09, 2023 /24-7PressRelease/ — Rogue Space Systems Corporation (“Rogue”) announces its support for the United Nations General Assembly in its overwhelming adoption of Resolution 77/41 on 7 December 2022, calling on all Member States to commit to not conduct destructive direct-ascent anti-satellite (ASAT) tests. This comes on the heels of ten countries, led by the United States and most recently announced by France, adopting unilateral policies to end destructive ASAT testing.

Irresponsible behavior causing space debris creates some of the biggest threats to peaceful space activities. Stray pieces of debris, numbering in the millions, remain in orbit for years or even decades, traveling at speeds so high that even small pieces can cause catastrophic damage to satellites and crewed space systems. In November 2021, a Russian ASAT test carried out in low-Earth orbit created a cloud of debris that put not only satellites but also the crew of the International Space Station at risk. Continued destructive ASAT activities of any type will further degrade the space environment and significantly increase the risk of potential debris strikes and conjunctions for all operators. Such hazards affect safe operations, the safety of astronauts and spaceflight participants, and the planning of peaceful space activities. By adopting this Resolution by an overwhelming majority, the General Assembly sends a strong message that destructive ASAT testing does not comport with widespread norms of responsible in-space behavior.

The mission of Rogue is to provide a suite of commercial in-space services to space operators. To do so, Rogue relies on the US and international legal and policy frameworks for novel in-space operations to conduct peaceful and responsible space activities. Rogue believes that space activities should be conducted in a safe, sustainable, and commercially viable manner. Destructive ASAT testing puts at significant risk, undermines, and limits the peaceful uses of space. This is why Rogue not only commends the UN for adopting Resolution 77/41 but strongly supports the Resolution’s underlying policy goal of space sustainability. Therefore, to promote space sustainability and enhance its government and regulatory affairs activities, Rogue has created the position of Director of Space Sustainability Policy to engage with the space community, the UN, and other institutions to develop a legal and policy framework conducive to a sustainable, healthy, and thriving space economy.

Daniel Porras joins Rogue as its Director of Space Sustainability Policy. Daniel is a space lawyer with over 15 years of experience working in international space law and policy fora, particularly on issues of space security such as destructive ASAT testing. He comes to Rogue from the Secure World Foundation, where he served as the Director of Strategic Partnerships to promote sustainable space practices among global stakeholders. Prior to this, Daniel spent more than a decade working on international negotiations for space law, serving as the in-house expert for numerous UN bodies regarding the prevention of an arms race in outer space. He continues to advise numerous governments, including the US, on space security and diplomacy. Daniel also worked in space finance, developing novel financial tools for space actors to acquire critical capital for new ventures.

“Rogue applauds the UN for taking this important step to limit the amount of space debris in orbit. Sustainability and safety in space are absolute essentials for humanity’s expansion into this frontier. We intend to do all we can to support the UN and the space community in this endeavor,” Jeromy Grimmett, Rogue’s CEO said. “We believe Daniel joining our team is the right person for the job. Rogue is thrilled to have his knowledge and passion as a part of our community.”

“The nature of space activities is changing in front of our eyes, and companies like Rogue will help redefine what we think is possible,” said Daniel Porras. “I’m excited to join a team that has sustainability imbedded in its business model from the outset, as well as a willingness to engage with the rest of the space community. Hopefully, we will see more companies create positions like this – leveraging sustainability expertise into business leadership and objectives.”

“Daniel brings to Rogue a wealth of experience and diplomatic relationships that are key to promoting the commercial success of in-space services and bridging cultural gaps across the space community,” said Chris Hearsey, Rogue’s executive overseeing Government & Regulatory Affairs. “Daniel’s prior work in the development of rules, norms, and standards for sustainable space activities has contributed greatly to the space community’s efforts to incentivize a space law and policy framework for novel space activities. Daniel’s primary role within the Government & Regulatory Affairs team is to lead Rogue’s sustainability policy initiatives and work across the commercial, civil, and military space sectors to develop workable solutions to ensure peaceful, sustainable, and commercial space development.”

Rogue has three spacecraft scheduled to launch in 2023 on SpaceX’s Transporter-8 and Transporter-9 missions for technical demonstrations relating to in-space assembly and manufacturing activities and space debris removal. Most recently, Rogue has been awarded 12 US Government research and development contracts from the US Space Force, US Air Force and National Science Foundation, as well as entering a partnership with Science Applications International Corp. (NYSE: SAIC).

About Rogue Space Systems Corporation
Rogue Space Systems Corporation is a Laconia, New Hampshire-based company that designs satellite vehicles and subsystems to provide on-orbit services to satellite operators. Founded in 2020, the Rogue team is building a fleet of Orbital Robots (Orbots™) that will perform a variety of services for orbital assets in LEO, MEO, and GEO, including inspection, maintenance, repair, transport and more. This fleet is supported by an autonomy and collision avoidance system that reduces its likelihood of generating more space debris. 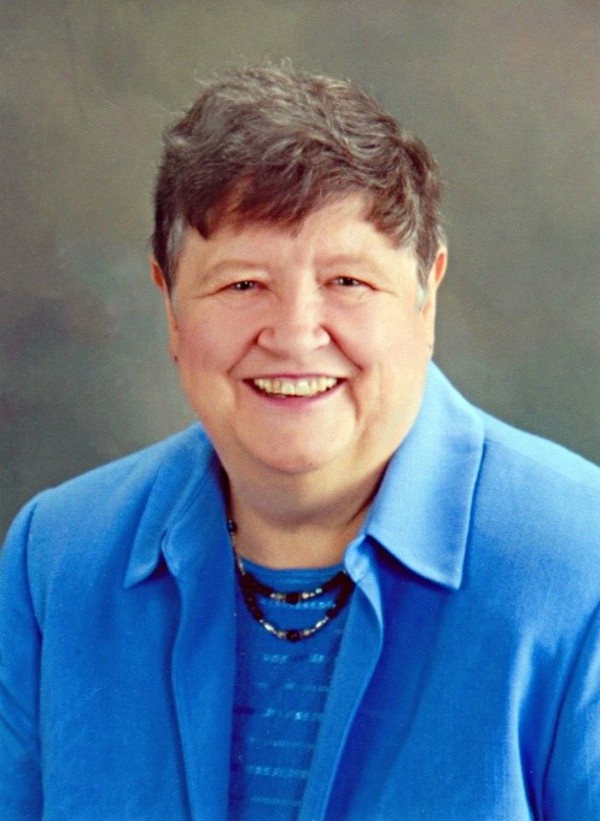