Event spotlights barbaric treatment of millions of widows around the world, stigma of widowhood

“In some Asian cultures, when a woman’s husband dies, she is often stripped of her dignity, her worth, and her human rights,” said GFA founder Dr. K.P. Yohannan. “Many of these widows are deprived of their home, their property, and their possessions – leaving them destitute. Lacking the ability to earn a living, and with no access to savings or credit, millions of widows fight every day for their survival, all the while shunned and shamed. We must stand up for these forgotten outcasts and show them they are precious in God’s eyes.”

“Nobody loves us,” said 50-year-old Yesoda, a widow in South Asia. “Even our own family members hate us and never care for us. But I thank (GFA World) who has taken the initiative to honour the widows in our community.”

Anjola, a 45-year-old widow, said her family refused to buy her a mosquito net to protect her against malaria – but a GFA-supported women’s group from a local church came to her aid. “I thank God and the church for this wonderful gift,” she said.

If all the widows in the world were gathered into one nation, they would make up the fourth-largest country on earth. The United Nations (UN) conservatively estimates one-in-10 of the world’s 250 million-plus widows’ lives in extreme poverty – facing abuse, discrimination and violence because they have no husband to protect them.

No other social group is affected more by “the sin of omission” than widows, says the UN’s 2018 report on International Widows Day. “They are painfully absent from the statistics of many developing countries, and are rarely mentioned in reports on women’s poverty, development, health or human rights published in the last 25 years,” the UN states, adding that newly-widowed women are even being killed by family members wanting to get their hands on the inheritance.

“In many countries, a woman’s social status is inextricably linked to her husband’s, so that when her husband dies, a woman no longer has a place in society,” the UN report says. “To regain social status, widows are expected to marry one of their husband’s male relatives, sometimes unwillingly. For many, the loss of a husband is only the first trauma in a long-term ordeal.”

In Asia, Gulika’s grief at losing her husband in a tragic accident was compounded by the reaction of others in her village. Believing Gulika was cursed, villagers feared that even passing by her on the street would bring them a bad fortune. Shunned by her neighbours, Gulika plunged into despair. Even collecting water from the local well became a walk of shame. Others harassed her, and sometimes wouldn’t allow her to fill her container. But Gulika’s situation changed when a GFA-supported pastor arranged for a well to be drilled in front of her home. Gulika was overjoyed that someone – a Christian – showed compassion toward her, a despised widow.

The abusive treatment of so many widows has a far-reaching impact on children, families and entire communities. Because the average widow has three children and several other family members, the neglect and exploitation of widows directly affects more than a billion people, about one-seventh of the world’s population, according to GFA World’s report, titled Widows Worldwide Face Tragedy, Discrimination.

Anxious about how she would care for her two young children, Prema – widowed at the age of 22 – was given a sewing machine by GFA-supported workers. “After the death of my husband, I had no source of income,” she said. “I came to the church and learned to sew, but I could not afford a sewing machine. Now God has provided my need.”

“The Bible says that true religion is to care for orphans and widows in their distress,” said Dr. K.P. Yohannan, who launched Texas-based GFA 40 years ago. “The challenge facing the church around the world today is to not just read the Bible, but follow its teachings.”

Celebrating its 40thanniversary in 2019, GFA World (www.gfa.ca) In 2018, this included more than 70,000 sponsored children, free medical camps conducted in more than 1,100 villages and remote communities, over 4,700 wells drilled, over 11,400 water filters installed, income-generating Christmas gifts for more than 240,000 needy families, and spiritual teaching available in 110 languages in 14 nations through radio ministry. 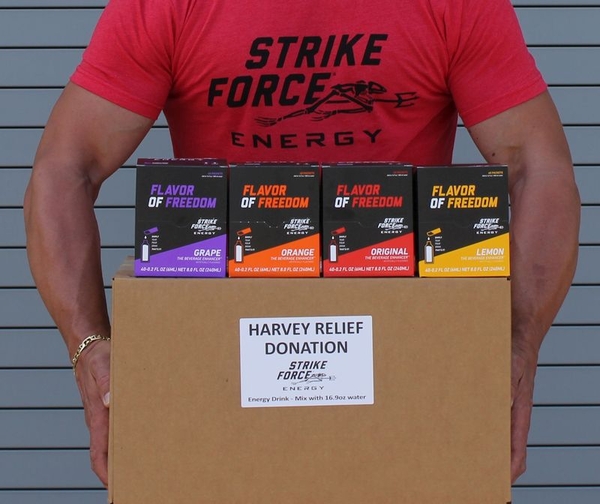 Study in NYC Suggests that the City, Likely, Has Already Reached an Adequate Level of Herd Immunity to Prevent a Significant Second Wave of COVID-19 in the Fall