Water Will Be A More Valuable Commodity Than Oil

Demand for water is exceeding supply capabilities under the current infrastructure, and governments will struggle to find the finances to make the improvements that are needed.

LONDON, ENGLAND, September 27, 2017 /24-7PressRelease/ — It’s only a matter of time before water becomes a traded commodity like oil, gold and silver. When demand exceeds supply, business steps up to find a way to meet that demand. But in doing so it will face costs – massive costs – which will require the market to set a price for life’s most precious commodity.

According to the UN 40% of the world’s population will be living with water scarcity by 2035. Population growth, increased agriculture and industrialisation will propel the world’s need for fresh, clean water to 55% higher than today’s supply levels by 2050.

In an attempt to stem increasing demand, governments are preventing industries from sourcing water from underground and forcing them to invest in desalination or waste water recycling plants to meet needs.

However, this will not solve the problem, it just delays the inevitable – that demand is increasing beyond current supply capabilities.

One of the biggest issues for water supply is the cost to transport it. It’s more expensive to pipe than oil. And while the world is steadily weaning itself off its dependency on oil, it’s dependency on water is insurmountable – without it we die.

Water has been viewed as a basic human right and the responsibility for its distribution has been in the hands of government. However, this has resulted in misuse and exploitation. At the same time government has failed to sufficiently invest in infrastructure which multiplies the supply problem.

It is estimated that $22 trillion needs to be invested in water infrastructure over the next 20 years to meet current supply levels and the markets can play a role in finding the huge sums needed.

Fortune magazine has predicted that water is set to determine the wealth of nations in the 21st century, mirroring the impact oil had on some countries in the 20th century. It may even lead to water rich countries like Brazil, Russia and the US forming a water cartel in the same way oil rich countries combined to form Opec.

The fear with turning water into a tradeable commodity is that the world’s poor will suffer as the market will demand economic efficiency. But the greater fear is that demand continues to outstrip supply, and the issue of water shortage increases unchecked forcing government to implement more drastic solutions.

Identifying trends in supply and demand is one of the key skills employed by successful traders to make profits from movements in the market.

Trading water rights is already happening in Australia and parts of the US and you can be sure that Wall Street is trying to figure out how to make water a globally traded commodity.

Identifying trading opportunities is at the heart of making profits. FXB Trading prides itself in being able to read the market and identify trends.

FXB Trading has successfully developed its online trading business to provide a unique trading service as well as maximum performance, customer satisfaction and security in every investment.

Improve your earning potential by taking advantage of market trends as well as exploring other potential opportunities in the financial markets. If you are interested in finding out more, get in touch with us at fxbtrading.com and discuss your requirements with one of our experts.

CommLab India Hosts the E-learning Solutions Summit in the US 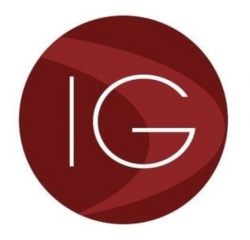 Insight Global Named a Top Company for Sales in U.S.