WASHINGTON, DC, March 04, 2020 /24-7PressRelease/ — The year 2020 marks the centennial of the District of Columbia’s first housing cooperatives or co-ops. One of the lesser known stories of Washington D.C. is the success of co-op housing. The District is second only to New York City in the concentration of housing co-ops. Owned and controlled by the people who live in them, co-ops engender a strong sense of community. The focus is on owner occupancy with strong participation of members in how the co-op is managed and administered.

To celebrate this milestone, the D.C. Cooperative Housing Coalition (DC CHC) is releasing a book and a film, both titled The Good Life: 100 Years of Cooperatives in Washington D.C., that chronicle the history and contributions of co-ops to the fabric of the city. Recognizing the importance of co-ops in the city, Mayor Muriel Bowser is proclaiming 2020 as the Year of Co-ops in Washington, D.C.

“The 100th anniversary of cooperatives in D.C. is an opportunity to tell the story about why co-ops are such strong communities,” said DC CHC President Russ Rader. “When nearly everyone who lives in a building is an owner in the building, it means everyone has a keen interest in making sure the cooperative runs well and that the building – their investment – is taken care of.”

In addition to the book and film, the DC CHC will mark this year’s milestone with a series of special events including a Smithsonian Associates tour of District co-ops. The Coalition will be providing updates as details of the events are finalized. You can follow us on Facebook @CoopsDC

A co-op is a building that is owned by a housing cooperative corporation, which in turn is owned and controlled by the members of the cooperative, usually through a shareholder agreement. Each member’s share of that ownership gives that person (or persons) the right to live in a specific apartment within the building, or complex of buildings, which are operated and maintained by the co-op association for the benefit of its resident-members—and in the long term, for the healthy ongoing existence of the cooperative.

In 1920, ten rental apartment buildings in Washington, D.C. converted to cooperative ownership, and over the years many more did so or were built as co-ops. Today, there are more than 100 housing co-ops in the District, which are located in every part of the city.

The DC CHC publishes a guide to co-ops and how they work, Co-ops 101 – Cooperative Housing Ownership in Washington, D.C.

Thank you to our generous supporters for making the 100th Anniversary of Co-ops possible:

The D.C. Cooperative Housing Coalition exists to advance the common interests of cooperative housing associations in the District of Columbia and promote cooperative housing as a desirable form of home ownership. It is therefore both an advocacy organization that articulates the interests of members before government officials and regulatory agencies and a service organization that provides information and education to members.

Membership is open to all District housing cooperatives, regardless of size. A volunteer board of directors, elected by member co-ops, governs the Coalition. At least five seats on the board must be filled by representatives of small (50 or fewer units) cooperatives. Activities are financed through annual dues determined by the members at the annual meeting. 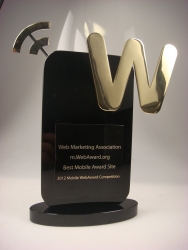