Friends of IHES 2021 Gala to Honor Women in Fundamental Research 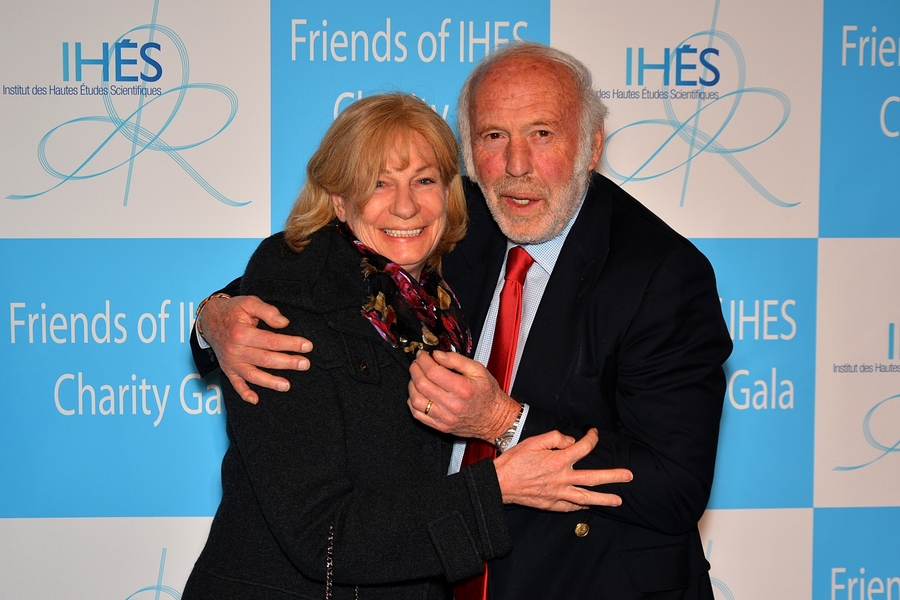 NEW YORK, NY, November 10, 2021 /24-7PressRelease/ — Friends of IHES, the United States-based nonprofit organization with a mission to raise awareness and funds for France’s Institut des Hautes Études Scientifiques (IHES), will be holding its 2021 gala at the Lotte New York Palace in New York City, NY on November 16, 2021 from 6pm – 10pm. This year’s theme will be “Women in Fundamental Research.” In addition to the in-person event, the gala will be offered virtually via a livestream.

The Guest of Honor at this year’s event is Marilyn Simons, co-founder with her husband James Simons of the Simons Foundation, and recipient of the Carnegie Medal for Philanthropy. Founded in 1994, the Simons Foundation funds research and educational programs in mathematics, physics, and life sciences globally. In addition to the 25m€ the foundation has given to IHES over the past two decades, the Simons have just pledged an additional 25m€ to support the institute over the next ten years.

Marilyn serves as a board member for many scientific institutions, including the American National Museum of Mathematics. At the Friends of IHES gala in New York City, Marilyn will be awarded the French Legion of Honour, the highest French order of merit.

In January, Marilyn and Jim Simons will succeed Michael R. Douglas as co-presidents of Friends of IHES.

Founded in 1958, the Institut des Hautes Études Scientifiques (IHES) is located just outside of Paris and serves as an international center for fundamental research in mathematics, theoretical physics, and all related sciences. Fundamental research has the goal of expanding knowledge, rather than aiming to solve a specific problem.

Friends of IHES is a United States-based nonprofit organization devoted to supporting this important French institution that sets the stage for global mathematical and scientific advancement. By raising critical funds, increasing visibility, and coordinating the network of American scholars, Friends of IHES offers necessary support so that mathematicians and scientists can continue their important research there.

The gala honors the important strides that have been made in the STEM fields in regards to women’s empowerment, while acknowledging that women remain largely underrepresented. The event calls for greater recognition and support of women in mathematics and science.

Special guests at the event will include the French Ambassador to the US and the French Consul (NYC).

The Friends of IHES 2021 gala sponsors include:

About Marilyn Simons: Marilyn Simons co-founded the Simons Foundation in 1994 with her husband, James Simons, and served as its president until June 2021. The foundation funds research and educational programs in mathematics, physics, and life sciences globally. In 2013 she was awarded the Carnegie Medal for Philanthropy. In 2022 Marilyn and Jim will become co-presidents of Friends of IHES. Learn more at FriendsOfIHES.IHES.fr.

About Gioia De Cari: Gioia De Cari is an actress, singer, playwright, and “recovering mathematician” who addresses math and science in her creative work. Her award-winning one-woman play “Truth Values” looks at her experiences as a professional woman in the male-dominated STEM fields. Gioia has recorded two albums as a classical vocalist, “Quiet Songs” and “Eve’s Diary.” With her husband, guitarist John Olson, she has founded the Science Music Commissioning Project, which seeks to illuminate the human side of science through song. Learn more at FriendsOfIHES.IHES.fr.

About Institut des Hautes Études Scientifiques (IHES): IHES is a private research center and foundation in the public interest that is dedicated to mathematics, theoretical physics, and all related disciplines. Located near Paris, the Institute has a restricted number of permanent professors in mathematics and theoretical physics. Each year, it welcomes around 200 visitors from all over the world for research visits. Learn more at IHES.fr.

How Fresh Tech Maid Has Been Safely Operating